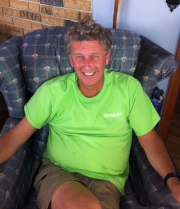 Reverend Phillip Kennedy believes that questioning and faith go hand in hand. He believes that we all need to be lifelong learners. And that God is just as present in the Sanctuary, in sharing a meal among friends and on the basketball court.

Phillip has always been willing to answer God’s call and that has taken him on many journeys; both geographically and spiritually.  He grew up in Saint John, New Brunswick, but his journey has led him to live all over Canada and also in England.

Phillip has a passion for lay education and leads many educational programs at Woodlawn. He continues to learn through continuing educational events, workshops and seminars. Phillip completed an Honours BA in Religious Studies at Acadia University, an MA at the University of Lancaster in England, has an unfinished PhD from the University of Toronto and an M.Div. from St. Andrews college in Saskatoon. For six years, Phillip was the Director of Lay and Continuing Education at The United Theological College, the United Church of Canada’s seminary in Montreal, QC.

Phillip tries to live a life by following the example given by Jesus of Nazareth. He believes we are all called to be advocates for the disenfranchised and is not afraid to turn both the church and the world upside down from the madness of injustice. 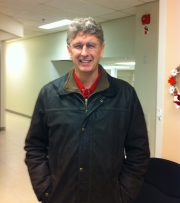 Phillip is delighted to be working with such a talented and synergistic team at Woodlawn. It is the first time he has worked in team ministry with his wife, Valerie. Together, they have three adult children- Jeffrey, David and Krista and five grandchildren- Madisyn, Lilly, Gemma, Dylan and Liam.

In his spare time, Phillip can be found on the basketball court or at the gym.  He also enjoys bring humour to any situation with his wicked and warped sense of humour. His easy going manner, listening ear and open door create a safe space for anyone who wants to talk.