Thoughts from the People of Woodlawn United

The church today is being called to be a light in a world. This light illuminates the dark, broken parts of the world. But the light also causes growth, warmth and radiance.

I attended a candlelight vigil this week after the shooting in the mosque in Quebec. It was on Dalhousie campus, run by the student Islamic society.

In a few months, Canada will be having a federal election and from my perspective, those who claim to follow Jesus as disciples need to pay attention.

More than many times in our history, this election will be critical in determining the future quality of life in Canada and in our relationship with the rest of the world. It feels like a kairos moment.

I’m really concerned for all those who will continue after I am gone and indeed, for God’s creation itself if we continue on the same path we have been going.

Or…. at least it seems that way to someone wanting more and more to make a difference in God’s social evolution project that Christians call “the Kingdom of God”. 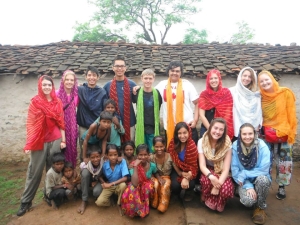 How India Changed the Way I See the World

Hi, for anyone who doesn’t know me I’m Nick and this summer I was given the amazing opportunity to volunteer with free the children, helping to build a school in rural India, through a scholarship from Blackberry. For the past couple of years I have been involved in social justice issues, you may remember me a couple of years back asking you for jeans to help homeless youth in the HRM, and the results from Woodlawn alone, were overwhelming to say the least.

The Meaning of Life

Recently, I went to a movie at the theater called “Lucy”.

It didn’t get high reviews and those who attended it either hated it and walked out or, like me,  loved it and found themselves inspired by it and thinking about it long after it was over.